To Know Why Use RFID Implants for Pets

The History and Current Situation of RFID Glass Tag

At present, the use of pet RFID implants in various countries in the world is different: France stipulated in 1999 that dogs over four months old must be injected with chips, and in 2019, the use of microchips is also mandatory for cats; Microchipping; the United Kingdom required all dogs to be microchipped in April 2016; Chile implemented a pet ownership liability law in 2019, and nearly one million pet cats and dogs have been microchipped.

RFID glass tag for animal are not angular flakes (as shown in Figure 1). It shapes similar to long-grain rice, which can be as small as 2 mm in diameter and 10 mm in length (as shown in Figure 2). This small RFID tag can read the information inside through a specific “reader” (Figure 3).

The way it works is that when the tag is implanted, the ID code and the breeder’s identity information contained in it will be bound and stored in the database of the pet hospital or rescue organization. When the reader is used to sense the pet carrying the chip, read The device will receive an ID code and enter the code into the database to know the corresponding owner.

The pet microchip implantation method is subcutaneous injection. Although the needle of the RFID tag injector is large, it is siliconized to reduce resistance and make injection easier. In reality, most pet owners will choose to inject microchips into their pets during sterilization operations, so pets will not feel any needles.

As an RFID product manufacturer with 15 years experience, CXJ RFIID can supply a wide range of different types of RFID tags. For the most RFID tag product we supply is livestock ear tags. As Read more… 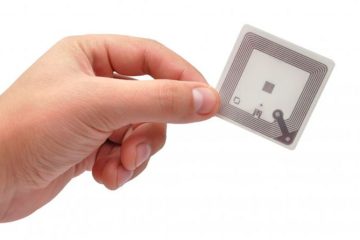 Easy Way to Create RFID Stickers Using a wet inlay to create an RFID sticker is a cheap and easy way to make your custom RFID tag. Wet Inlay is capable of to put on Read more… 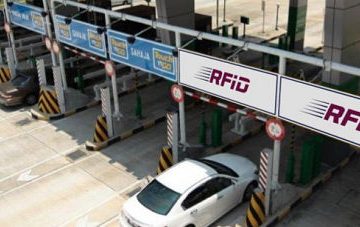 What’s the Difference Between RFID and ETC?

In the scene of reading vehicle information and wireless charging, although the functions of RFID and ETC are the same, there are still many differences. Nowadays, in order to improve the efficiency of weighing, many Read more…